As Australia begins to emerge from the COVID-19 pandemic, the federal government is being urged to show bold leadership and introduce a new, affordable refugee community sponsorship program.

The call comes in Refugee Week, which in 2020 is themed ‘celebrating the year of welcome’. Almost 100 community groups across Australia have pledged their support for a Canadian-style refugee sponsorship program, and hundreds more individuals have expressed interest in being sponsors through the Community Refugee Sponsorship Initiative (CRSI).

Separately, more than 35,000 people across the country have signed the ‘My New Neighbour’ petition calling on the government to implement a sponsorship program similar to that in Canada, which has welcomed more than 325,000 refugees in the past 40 years and fostered deep and enduring links between new arrivals and Canadians at a local community level.

CRSI is a civil society initiative established by the Refugee Council of Australia, Save the Children Australia, Amnesty International and Welcoming Australia and has been developing a detailed vision for such a program and seeking to bring government and community groups together in order to see it realised.

Professor Peter Shergold AC, who last year was tasked by the Prime Minister’s office to lead a review into the integration, employment and settlement outcomes for refugees in Australia, said:

“While COVID-19 has seen a pause in Australia’s refugee settlement program and we are hurting economically, by global standards Australia remains in a very fortunate position as a healthy, wealthy nation. One of the things that the virus has highlighted across Australia is the overwhelming community spirit and goodwill as people band together and help each other.

“Last year, I recommended that the government introduce a community sponsored refugee visa to supplement the traditional humanitarian migration program. I hope that this hiatus period can be used to good effect so that a community sponsorship scheme can be part of the landscape when it’s safe and practical for refugee resettlement to resume.

“A community oriented, affordable refugee sponsorship model such as that proposed by CRSI would be great for refugees and Australian communities. But designing the right program relies on community groups being engaged in the process from the outset and incentivised to put in their own time, money and energy.”

“Canada’s refugee sponsorship model is a source of pride for its citizens and for very good reason. I have no doubt if a similar program was introduced here it would make Australians proud too. In fact, Australia had a program that successfully saw ordinary Australians and community groups lead in settling more than 30,000 refugees in the 1980s and 1990s during the Indochinese refugee crisis.

“As Australia emerges from the COVID-19 pandemic, it is the right time to introduce a new community refugee sponsorship program, but it needs to be affordable, not overly cumbersome and supplement the existing government funded refugee intake.

“And it needs to involve local community members every step of the way. That’s why the Canadian model has been so successful – ordinary people are supported to come together and rally around refugee families, helping them find housing, employment, education, as well as sourcing things like furniture for their homes or a car-seat for a baby. We need to embrace community spirit and generosity.”

Nyadol Nyuon was born in an Ethiopian refugee camp to South Sudanese parents, and came to Australia as a refugee when she was 19. Ms Nyuon is now a lawyer at Arnold Bloch Leibler and has recently joined the steering committee of CRSI. Ms Nyuon said:

“I was fortunate to have been able to come to Australia and build a life here, and to enjoy support from some wonderful Australians before becoming a citizen myself, including a lovely family in Ballarat who took my family under their wing when we arrived. However, there are so many refugees who are still stuck in camps who are not so lucky.

“I would love to see a program that can help harnesses the generosity of Australian communities to give more refugees in desperate need the opportunity to build a life here and then support them on their journey as future Australians.”

CRSI also recently welcomed Libby Lloyd AM as it’s chair and Ali Reza Yunespour as a new member of its steering committee.

Libby Lloyd AM has a strong background working with refugees and was made a Member of the Order of Australia in 1992 for her contribution to refugees and to the international community in Iraq and Kuwait. She co-founded the White Ribbon Foundation in 2007 and is currently patron of the Indigo Foundation.

Mr Yunespour is a former refugee from Afghanistan, who now works as Academic Internships Coordinator at the University of Melbourne. He also supports an Indigo Foundation program that has helped 8,000 children receive education in 22 rural schools in Afghanistan. 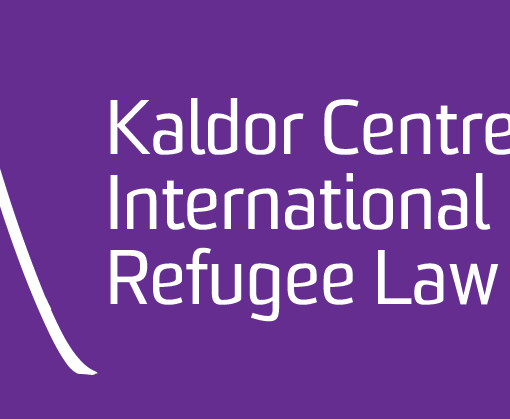 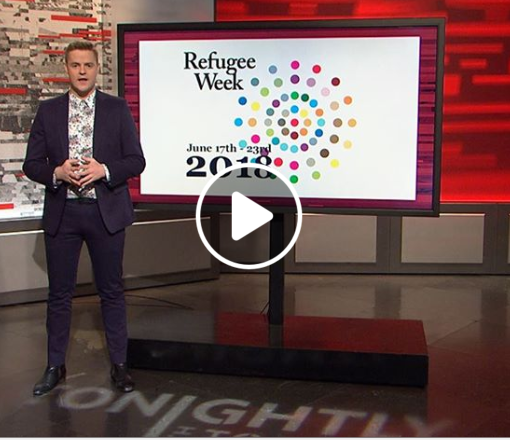 Community sponsorship was highlighted on Tom Ballard’s (satirical) Tonightly Show on the ABC! The segment highlights the amazing success of the Canadian […] 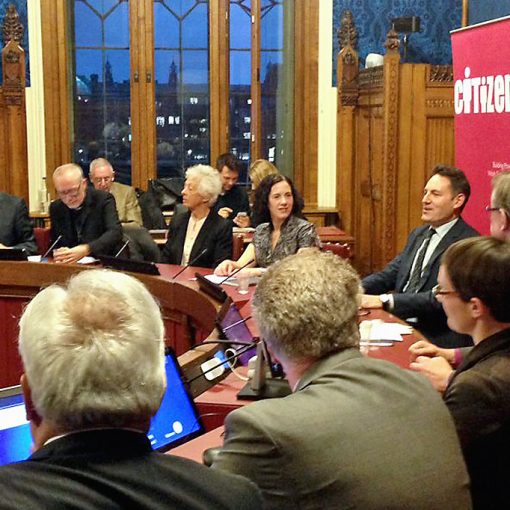