Today the Community Refugee Sponsorship Initiative (CRSI) launched a new vision for an expanded and improved community sponsorship scheme at a community summit in Melbourne.  The CRSI vision will allow ordinary Australians and community groups to sponsor and welcome refugees to Australian communities at minimal additional cost to the taxpayer.  It will also expand Australia’s response to the global refugee crisis and build and strengthen local communities and goodwill

The idea of community sponsorship is that people from communities around Australia form local groups that sponsor and provide wrap- around support to refugees in their first year.  Australia currently has a private sponsorship scheme but it hasn’t seen broad community buy-in. It is extremely costly for sponsors and operates more like an expensive family reunion program.

CRSI knows the existing scheme could be easily improved. Speaking at a summit CRSI director Lisa Button explained ‘Community sponsorship offers a wide range benefits to refugees and to local communities around Australia including those in regional Australia’.  CRSI has done the work on what is possible and whether the community will buy-in to changes. Its roadmap for reform is outlined in its Position Paper:  A New Model for Community Refugee Sponsorship in Australia which we are launching today”

Visiting international expert Dr Russell Rook has led recent efforts to see community groups sponsor refugees in the United Kingdom.  He told the summit that community refugee sponsorship is an idea that has appeal to communities, policy makers and parliamentarians from across the political spectrum.

‘The UK scheme was introduced under a conservative government and I understand that the last time an Australian government initiated a large-scale community-led program to support refugees it was during the Indochinese refugee crisis under the Fraser government’.

Community members and participants also heard from Dr Rook and Canadian expert Professor Jennifer Bond about how community sponsorship is gathering momentum in a large number of countries around the world inspired by the long-standing program in Canada, where more than 300,000 refugees have been resettled since the late 1979 through sponsorship in addition to those entering under the government-funded scheme.

Dr Rook also observed how local communities being involved in welcoming and supporting refugees can be the ‘secret ingredient’ needed to help refugees settle successfully in rural and regional locations.

‘The fact that individuals from the local community invite refugees to come and live in their area and have skin in the game through making an investment of time and money, means that the community will do what it takes to help refugees settle successfully.  It provides a form of holistic mentoring for people on arrival that can help new migrants navigate a new life in Australia, learn English, find a job and feel supported by established locals who care deeply about their wellbeing’.

Shankar Kasynathan, a former refugee himself and campaigner for a new Australian approach spoke of the level of community interest in supporting refugees through sponsorship: ‘I’ve been speaking to communities all around Australia and have been so encouraged by the desire of ordinary Australians to welcome and support refugees.  More than 30,000 people have signed a petition for a new scheme, dozens of local councils have passed resolutions in support of the idea and there are hundreds if not thousands of individuals, churches, sporting clubs and schools who would sign up tomorrow if we had a program that really engaged communities’.

CRSI hopes to work with the new Morrison government, community groups and politicians from across the political spectrum to see such a scheme implemented.

The Community Refugee Sponsorship (‘CRSI’) is an independently branded joint venture between the Refugee Council of Australia, Save the Children Australia, Amnesty International Australia, Welcoming Australia, Rural Australians for Refugees and the Australian Churches Refugee Taskforce.

It aims to secure an improved and expanded scheme that would allow ordinary Australian people and community groups to join together to financially sponsor the permanent migration of a refugee or refugee family to Australia and then provide them with practical support during their first year in Australia.  CRSI’s vision is inspired by the success of the Canadian refugee sponsorship program that has seen more than 300,000 refugees resettled in Canada since the late 1970s, in addition to those arriving under government-funded programs, through harnessing the generosity and time of ordinary citizens and groups.

Right now there are 25.4 million refugees living in danger or limbo around the world and the number is rising. 1.4 million of these people are currently identified by UNHCR as in need of urgent resettlement with the number of resettlement places grossly inadequate to meet the demand. In 2018, only 81,300 (4.7 per cent) refugees who prioritised for resettlement were provided with safety through resettlement, a number significantly lower than in prior years, largely due to dramatic cuts made to the US resettlement intake under the Trump administration.

In May 2017 a group of Labor, Liberal and National MPs moved a parliamentary motion for the introduction of an expanded and improved community sponsorship scheme in Australia, spurring civil society groups to work together to realise this goal.

Australia currently has a small private sponsorship scheme, the ‘Community Support Program’ or ‘CSP’. Despite its promising name, there is an emerging recognition that this program does not deliver the wide range of benefits that could be achieved through a well-designed scheme. It is extremely expensive, has very selective criteria that excludes many of those refugees most in need of resettlement (as identified by long-standing UNHCR mechanisms) and is not designed to ensure genuine community engagement with the sponsored individual(s) upon arrival. It also draws on the visa quota made available under the government-funded program, and consequently the efforts of private sponsors do not expand the number of refugees who come to Australia but merely offset the costs of their resettlement that would otherwise be borne by government.

The key policy reforms that CRSI recommends are as follows: 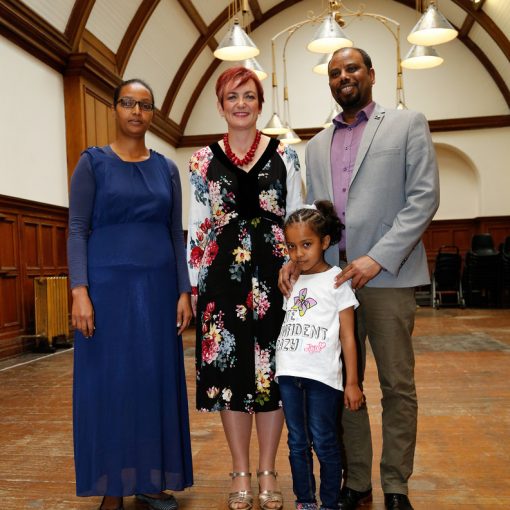 Australian lawmakers are being urged to follow Canada’s lead and adopt a much more community-driven approach to resettling refugees.