As world leaders prepare to meet in Geneva next week for the first ever Global Refugee Forum, 65 community groups across Australia have launched an open pledge to support an affordable, inclusive community refugee sponsorship program in Australia.

The Australian Government has committed to review the existing private refugee sponsorship program in Australia – the Community Support Program – which has been criticised for not successfully involving the broader Australian community, being excessively expensive, excluding refugees in most urgent need of resettlement and drawing on places from the existing annual refugee quota.

The groups, ranging from church groups, migrant services, aid agencies, sporting clubs and human rights organisations, have extensive membership and volunteer networks covering hundreds of thousands of Australian and have committed to actively support a scheme that addresses these issues.

The organisations making this pledge are in addition to over 30,000 Australians who have signed a petition calling for an affordable, accessible and additional community refugee sponsorship program and around 1,000 individuals across the country who have gone one step further and indicated a personal willingness to invest their time and/or money in sponsoring refugees.

“Its fantastic to see that there are so many everyday Australians represented by groups across the country who want to help people fleeing conflict and persecution rebuild their lives here and have the opportunity to contribute back to those communities who welcome them,” said Lisa Button, Executive Director of the Community Refugee Sponsorship Initiative.

“Community sponsorship involves ordinary Australians stepping forward to become sponsors and supporting and welcoming refugees in a way that ensures their full social and economic inclusion.

“It’s great for refugees but also for the sponsors and local communities involved, who develop new networks, relationships and community capacity by coming together around such a powerful shared purpose.

Settlement Services International CEO Violet Roumeliotis said the positive uptake of community sponsorship in Canada and other countries spoke for itself.

“We are already working with an array of communities that have expressed their commitment to sponsoring and supporting refugees with 65 community groups signing up so far,” Ms Roumeliotis said.

“We’re urging others to join and endorse the pledge to help get a new community refugee sponsorship scheme up and running. Imagine how proud Australia could be if we showcased an inclusive and affordable model at the next Global Refugee Forum in 2023.”

A tried and tested model has been operating in Canada for decades and has inspired the introduction of similar schemes in other countries including the United Kingdom, Ireland and Germany.

“We want to see a new scheme developed and implemented in Australia inspired by the best features of these overseas schemes and adapted to the Australian context. We welcome the government’s commitment to review the existing Community Support Program and hope to have a chance to harness the support of community groups to get behind a new or reformed program in due course,” Ms Button said.

Mountains Anglican Refugee Network (MARN) in NSW’s Blue Mountains is one of the organisations who have gotten behind this important initiative, demonstrating the strong will to support refugees in communities.

“We are actively seeking better ways to support refugees, regardless of their faith, to settle in our region,” said MARN’s Mark McIver.

“We believe everyone benefits when everyone is involved in sponsoring and supporting refugees.”

“As a four-year-old, I remember the generous gifts we received from church groups at our home in suburban Melbourne – everything from our beds and the TV, to the food we ate and the dining table we ate it at,” Mr Kasynathan said.

“Community-led, neighbourhood-driven solutions are how my family and I escaped a life of persecution, cruel racism, and life-threatening situations.”

The number of resettlement places for refugees in safe countries like Australia is falling globally at a time where the number of people fleeing persecution and conflict continues to grow, with less than one per cent of those in need of resettlement being given that opportunity each year.

The pledge will remain open for other organisations and community groups to continue to join. The pledge and a full list of signatories can be viewed here.

About the Community Refugee Sponsorship Initiative:

The Community Refugee Sponsorship Initiative was established in 2018 by a group of civil society organisations to work with community groups and the government to develop and successfully launch a community sponsorship program in Australia. Initiative members and affiliates include Save the Children Australia, the Refugee Council of Australia, Amnesty International, Rural Australians for Refugees, the Australian Churches Refugee Taskforce and Welcoming Australia.

Settlement Services International is a community organisation and social business that supports newcomers and other Australians to achieve their full potential. 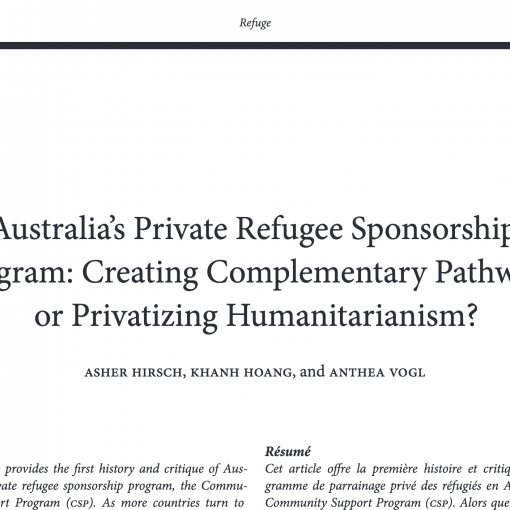 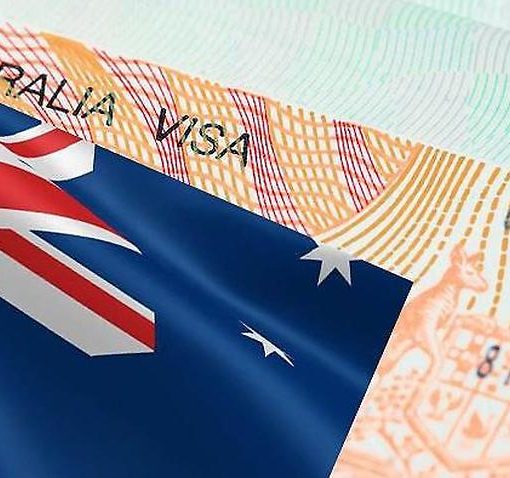 Humanitarian migrants from eight countries will be prioritised under one of Australia’s refugee resettlement programs, with other nationalities told their applications are […] 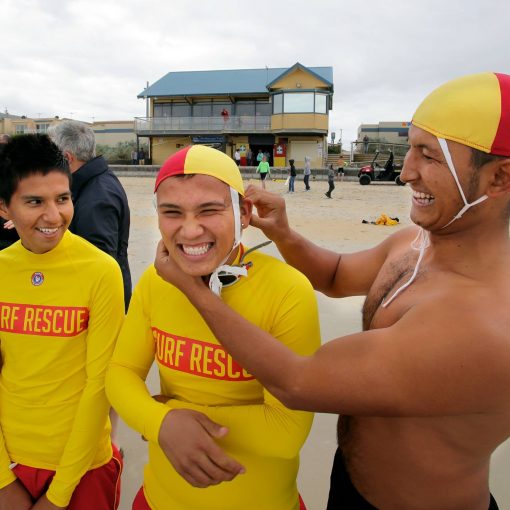